You are a Spirit Being

How To Become A Top Leader

You don’t learn it you become it when learning how to become a top leader in Network Marketing. It’s not about learning strategies, although strategies are necessary, but becoming a leader, it’s about becoming that leader that attracts people.

I remember watching a movie years ago that had a scene in it that involved two characters arguing over a decision that had to be made.

The one character had a line that said, “You talk about this stuff like you read it in a book”.

In other words, learning how to become a top leader, you don’t learn your skill from a textbook, you become who you need to be in order to complete the mission.

My mentor told me one time, if you learn something you have to remember, it can be forgotten.

He also said, if what you learn becomes a part of who you are, you will never forget it.

There are always people who will tell you what to do, or tell you what you are doing wrong. But top leaders do things differently than other people.

And it’s not all about strategies, tactics, tips and secrets, it’s about who you become during the process, that transforms you into learning how to become a top leader.

It’s not even about what top leaders do, it’s more about what they are not doing. And in order to learn that, you will have to get inside their head, learn how they think, how they react to other people and what it is about them that attracts other people to them.

One common mistake some people make is to try to follow too many leaders at the same time. Having too many voices in your head at the same time will only result in confusion and frustration.

How To Become A Top Leader

Take a month or even ninety days and concentrate on that one mentor, and only one mentor until it becomes a part of you.

Focusing on one mentor at a time will give you more insight into their character without all the other chatter from outside. And there is a lot of chatter out there.

To be a top leader in your industry you don’t learn strategies, you transform into a leader. But it does not happen overnight. For some, the transitioning period may take years, but in the end, you attract a following of people to you who are wanting to go where you are going.

If you are not going anywhere, just selling stuff and tactics, all you have is a customer, and once they buy from you, they are gone.

To build a huge following, you have to be able to take them on a journey. That means you don’t learn it you become it and people want to be like you and have the success that you are having, sharing the journey, learning how to build their own business by building their own people.

If that helps and you found a lot of value today, I really encourage you to leave a comment below, and share this post with others who you know that may be encouraged by it’s content.

Don’t let someone else destroy you dream! Beyond this page lies a passion for which there is no cure. Network Marketing is a family thing!

Your business; your call! 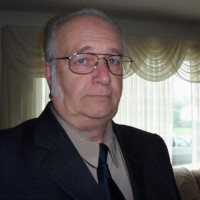